Jones is off to a 4-0 start after an exciting 42-41 win over Wekiva last Thursday. This coming Friday, the Fightin’ Tigers will take-on Edgewater, which is currently ranked No. 52 in the latest national rankings.

Williams played high school football at Milton High School in Milton, Florida where he was an outstanding two-way starter at running back and defensive back, plus he was an explosive kick returner. During his senior season, Williams averaged over 10-yards per carry, rushing for 1,232 yards with 21 touchdowns. His performance landed him on the 1992 Scholastic Coach/Gatorade All-American Football Team and earned him a scholarship to the University of Florida. 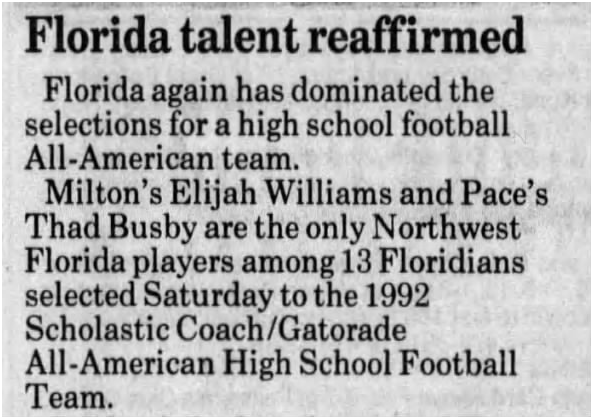 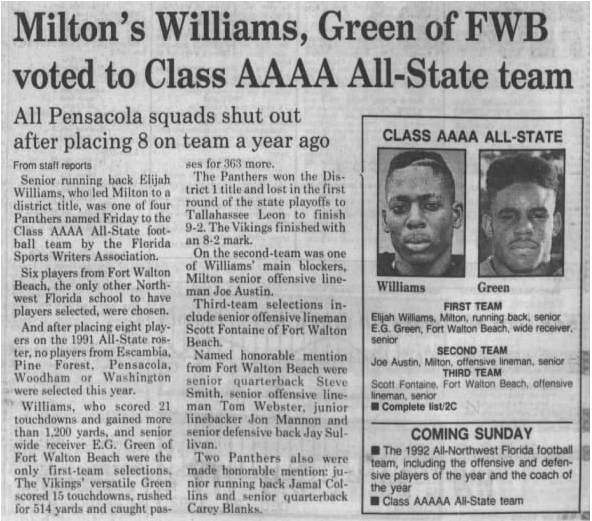 Elijah Williams as a Milton Panther running back in 1992 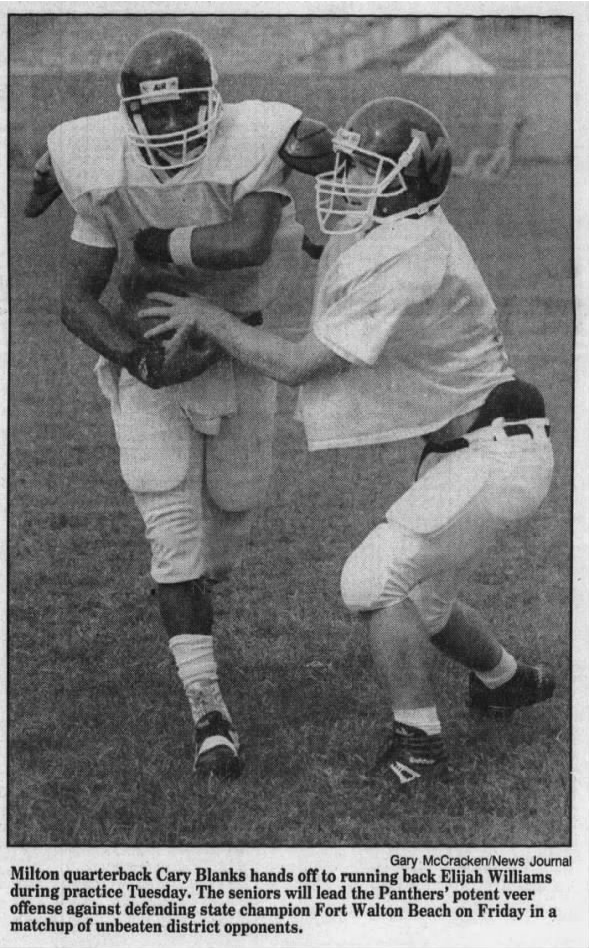 Williams’ stepbrother is Greg Allen, who was a Florida State running back who was drafted in the second round by the Cleveland Browns in the 1985 NFL Draft.