Surtain took over as American Heritage’s head football coach in 2016 after serving as assistant coach at the school under Mike Rumph, who was the San Francisco 49ers’ first round pick in the 2002 NFL Draft. Since taking-over for his fellow cornerback, Surtain has led the Patriots to an overall record of 52-5 (including this year’s 5-1 mark), winning Florida Class 5A titles in 2016 and 2017. All four of his teams have been ranked in the High School Football America national rankings, finishing No. 6 in 2017, No. 14 in 2016, No. 70 in 2018 and No. 74 last year.

Year-in and year-out, Surtain challenges his program by playing one of the toughest schedules in the nation. Already this season, the Patriots have been beaten four Florida teams in the High School Football American national rankings. They close-out the regular season this Friday, playing No. 22 St. Thomas Aquinas (Fort Lauderdale, Florida).

Born and raised in New Orleans, Surtain played high school football at Edna Karr, one of Louisiana’s powerful programs. He led the Cougars to the 1993 state championship game as a dual-threat quarterback, running for 784 yards with 12 touchdowns and passing for 753 yards with seven touchdowns. 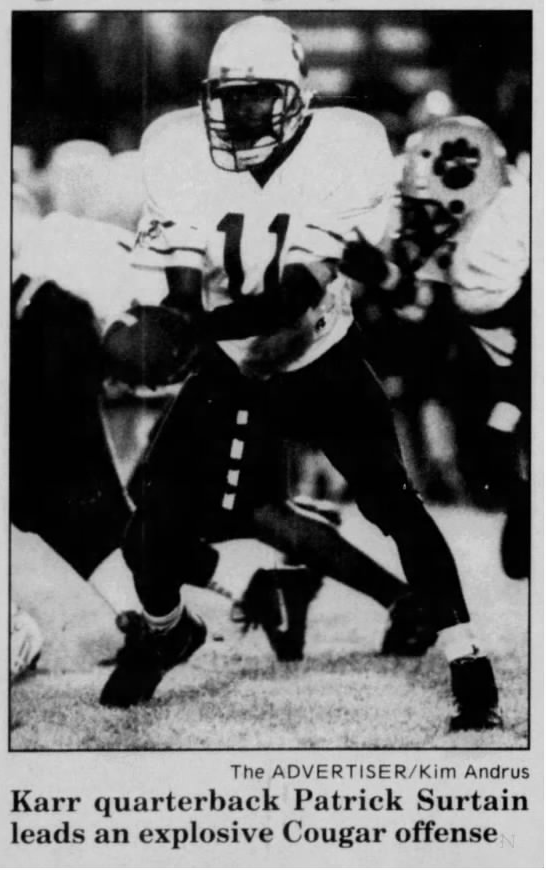 Karr beat Cecelia 13-10 in overtime to capture the school’s first-ever high school football state championship in the very first year that the Cougars were eligible to play in the Louisiana High School Athletic Association state tournament. Surtain was at the heart of championship, leading Edna Karr back from a 10-0 deficit in the fourth quarter. 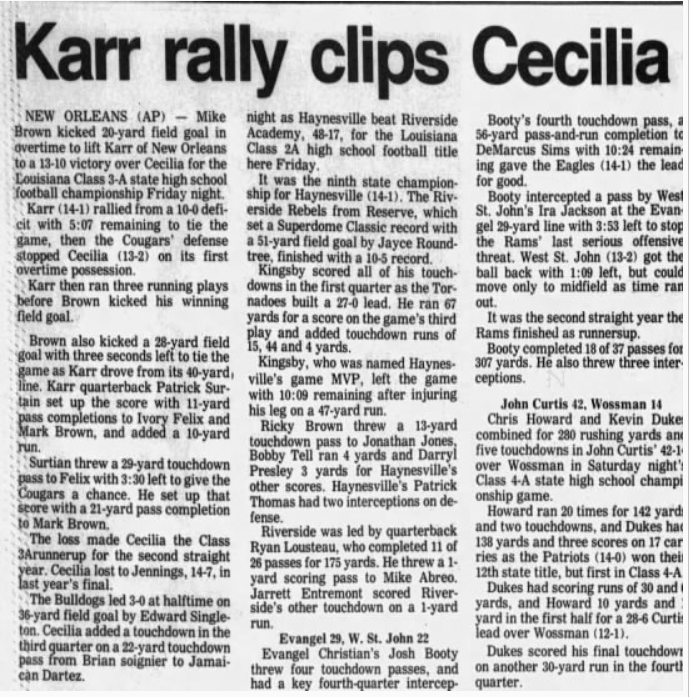